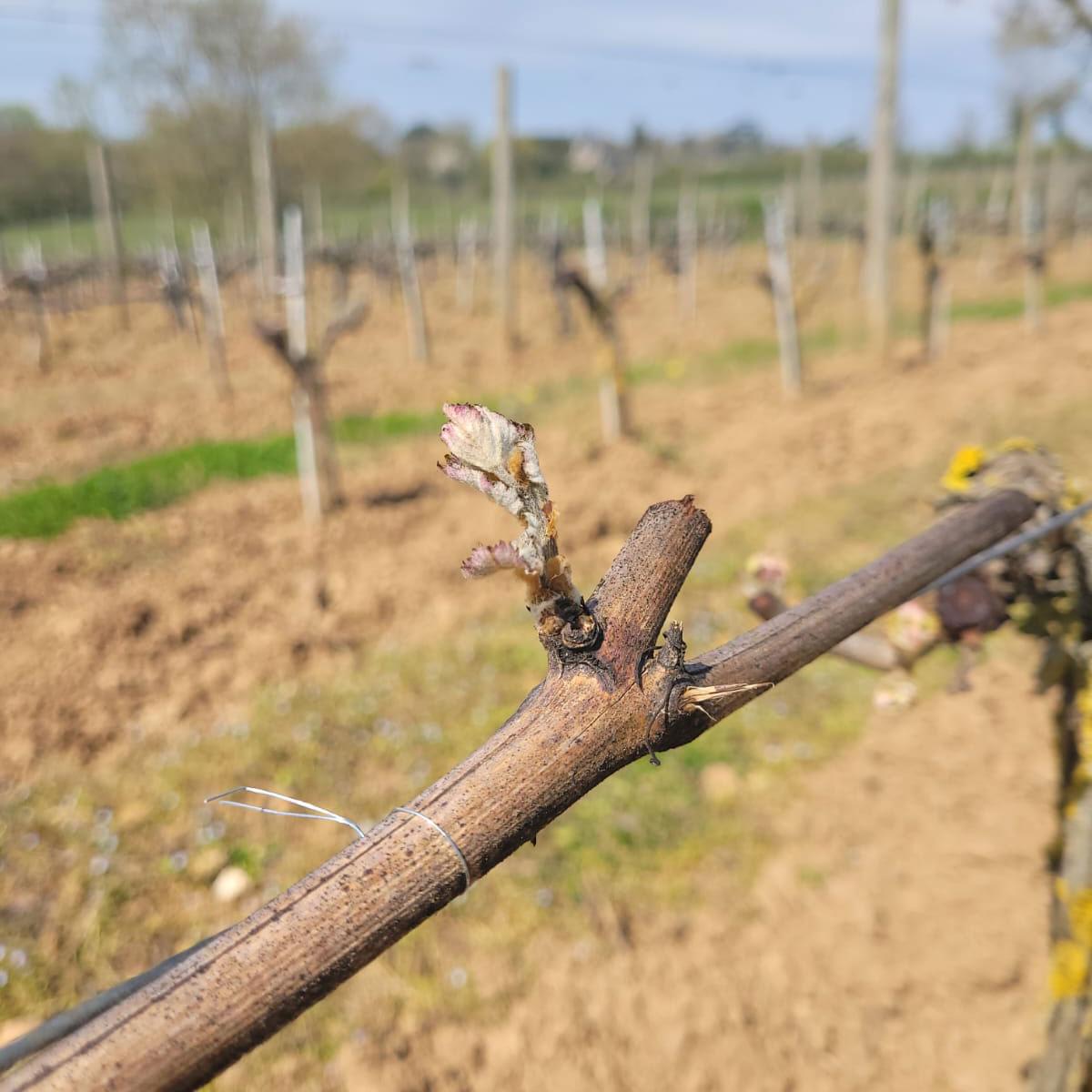 « “Before, I used to just go to the vineyard and pray,” says Vianney de Tastes, until he installed the “warming wires” at the Clos des Perrières, Château Soucherie’s Savennières vineyard. “But with this, I can fight.”

De Tastes’s wires run along the vine trellis, connecting back to a central transformer in the vineyard. When that transformer is connected to a generator, the current in the wires heats them to between ten to twelve degrees centigrade (50–68°F). They’re warm to the touch—and that heat is enough to keep the young buds from freezing.

In April 2021, temperatures in France’s vineyards regularly dropped below freezing for eleven days, decimating potential crops around the country. Across the Loire Valley, some growers reported losses as high as 85 percent, with many appellations harvesting no more than half of the normal yield. Château Soucherie, in Beaulieu-sur-Layon, for its part, lost 60 percent of the harvest in total. But, in the Savennières vineyard, where the wires were installed, de Tastes reports a loss of just ten percent.

De Tastes began looking for new solutions after frosts destroyed eighty percent of the crop from the Clos des Perrières in 2019. “Now, frost is hitting us for a long time, not just for one or two nights. [In 2021], it was twelve, thirteen nights in a row. We cannot buy enough candles.”

De Tastes concedes that the cost of installing the wires is high— €30,000 per hectare—but points out that the only recurring cost is the rental of the diesel generator (which cost €2,000 in 2021) and its fuel (twelve liters per hour). They ran the wires for about 100 hours in 2021—costing just over €3,000 for the year. During a heavy frost, the cost of purchasing candles to preserve the buds might reach €5,000 per hectare.

Plus, the Clos des Perrières is in the middle of the village of Savennières. “It is not the same as if it was in the middle of the country. When you have no neighbors, you can do whatever you want,” de Tastes says. “When I look around [in the vineyard], I can see through the first-floor window of every neighbor.” These considerations preclude other defenses, like contracting a helicopter to hover over the vineyard, circulating the air to prevent ice crystals from forming on the vine.

Still, de Tastes stops short of claiming he’s found a silver bullet, and will only say that this technology is successful against the type of frosts that came in 2021—long periods of low temperatures with high morning humidity. Future vintages might bring different conditions—at different times—that could make the wires less effective. He explains that the heat only protected a small area around the wire. “Last year, every time the ends of buds were five or six centimeters away from the wire, the protection didn’t work…. if we had been hit by the frost two weeks later, then the buds would be too big.”

De Tastes estimates that fewer than ten producers in the Loire have installed these wires in their vineyards. “If we look at the future, we have to find a way to produce grapes every year. I don’t know if this technique will be the next one all over the world. I can’t even say if it’ll be the major technique in the region. My friends in Bordeaux, they don’t believe in it at all.” Meanwhile, de Tastes’s tanks of the Clos des Perrières are full, at least for this vintage. »